Good Morning! Or I guess good afternoon, lol it is 11:17am and I am just now rolling out of bed. I’ve been awake for a while but just laid there with the blanket over my head thinking “fuckkkkk”. I hate waking up and my voices are on full blast mood, raging about the stupidest shit inside my head. Sometimes I really think there are people in my damn head living their lives, even though I know damn well there isn’t, just sounds/feels so real when they’re there for a long period of time.

Enough about that, I’m trying to feel good today so let’s stay off the schizophrenic depression topic:)

So, yesterday as I sat on the toilet playing a card game on my phone. I went to reach for some toilet paper and behold my worst nightmare…. 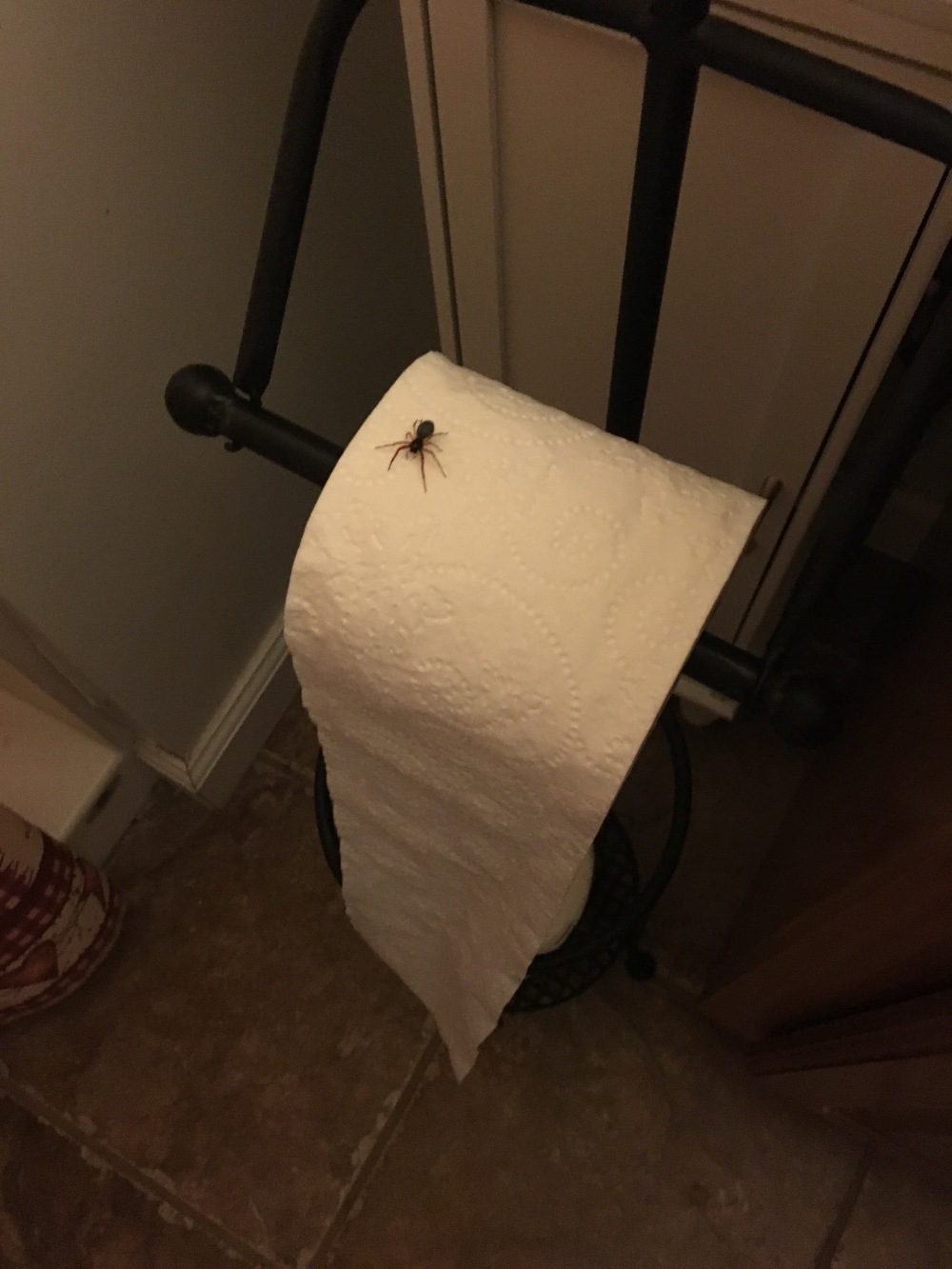 “here let’s get a little closer for WordPress” 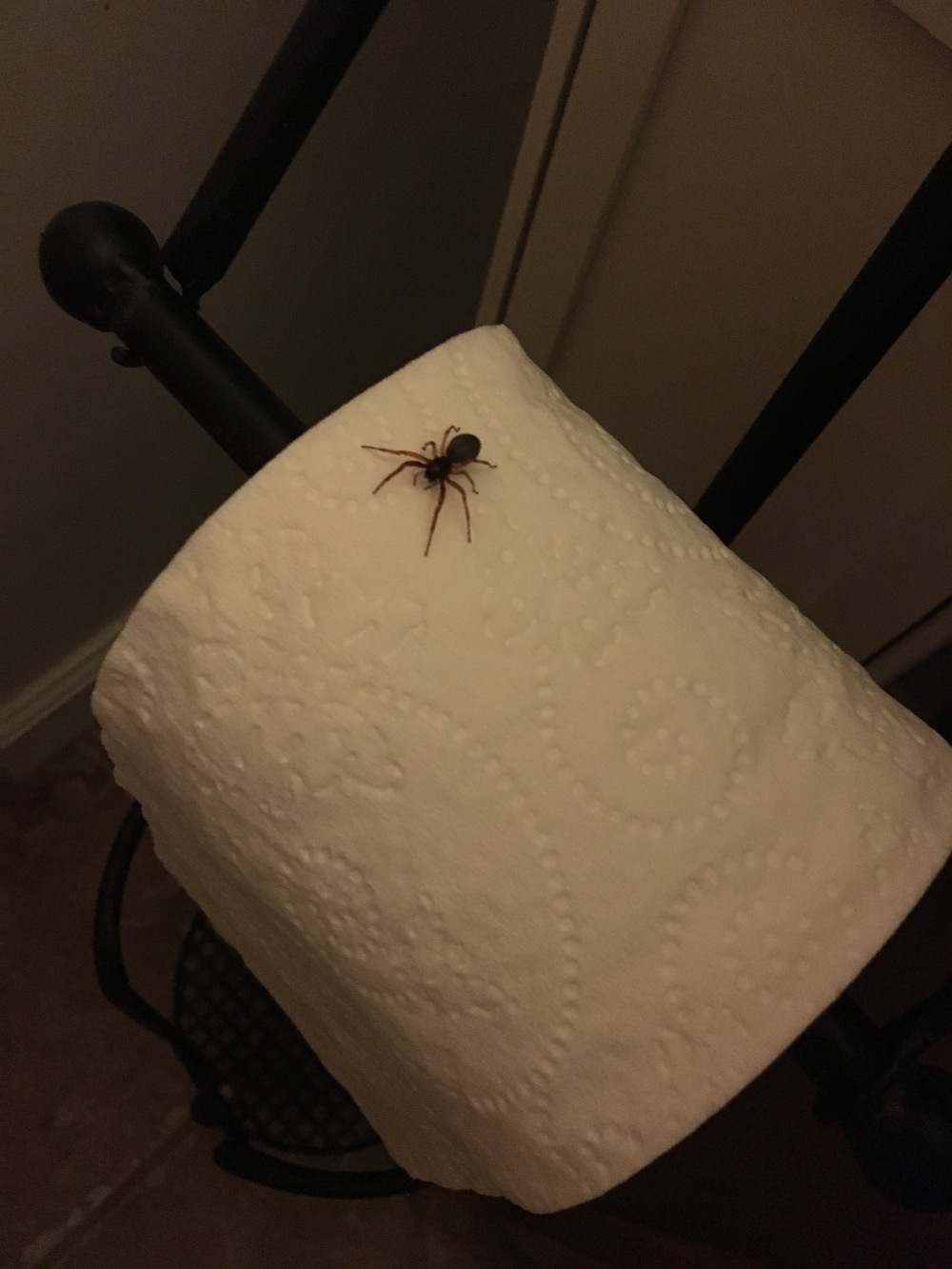 I have no idea what kind of spider it is but it’s probably one of the smallest I’ve seen since fall started but god damn it’s still big as shit when you’re terrified of them. I couldn’t believe it when I seen it, I couldn’t imagine if I wouldn’t of saw it and just blindly grabbed a wad of tp!

I also had a visitor last night while Nikki was at work. I heard some thumping at the front door, turned on the light and was greeted by this little adorable opossum! 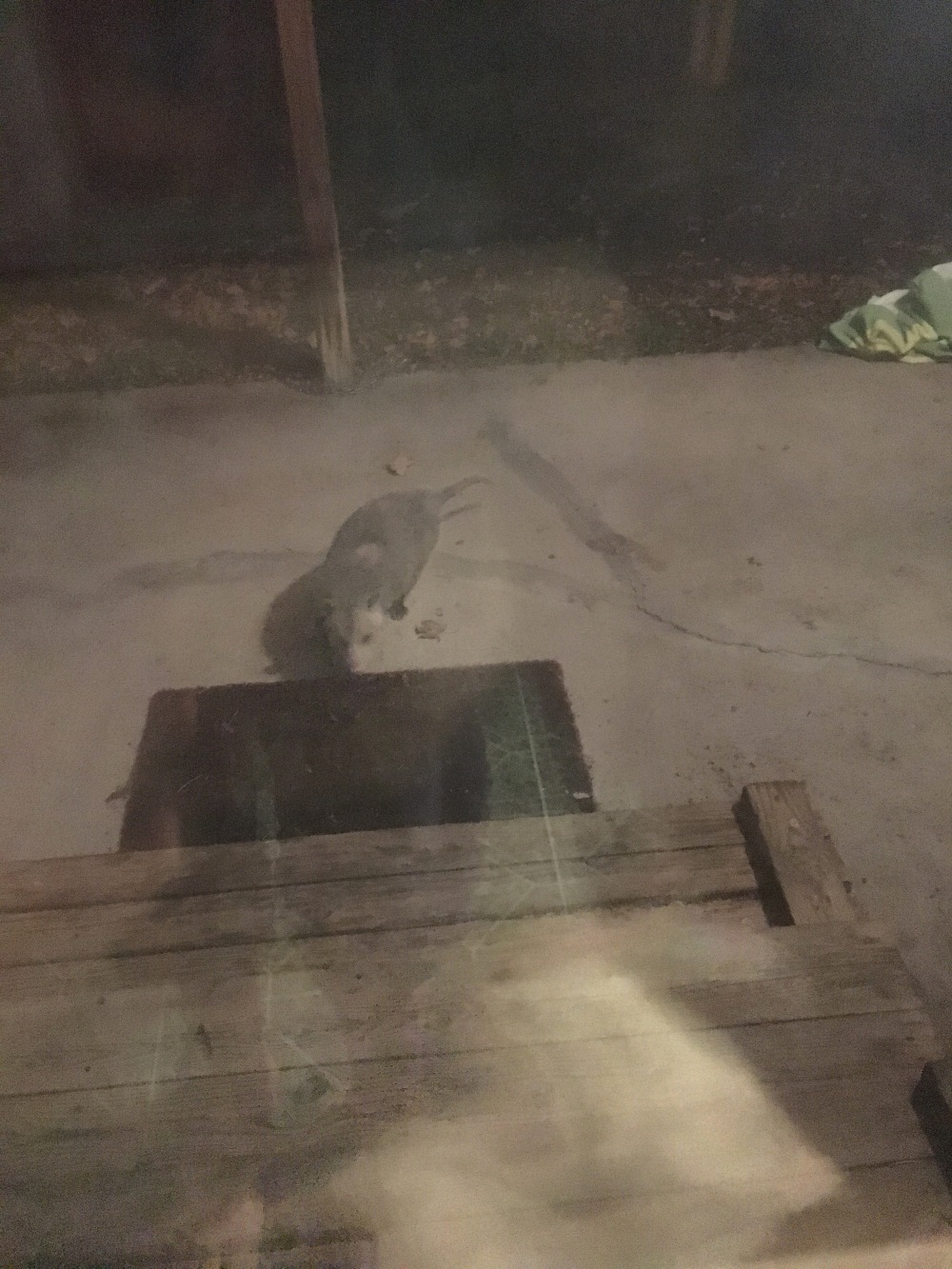 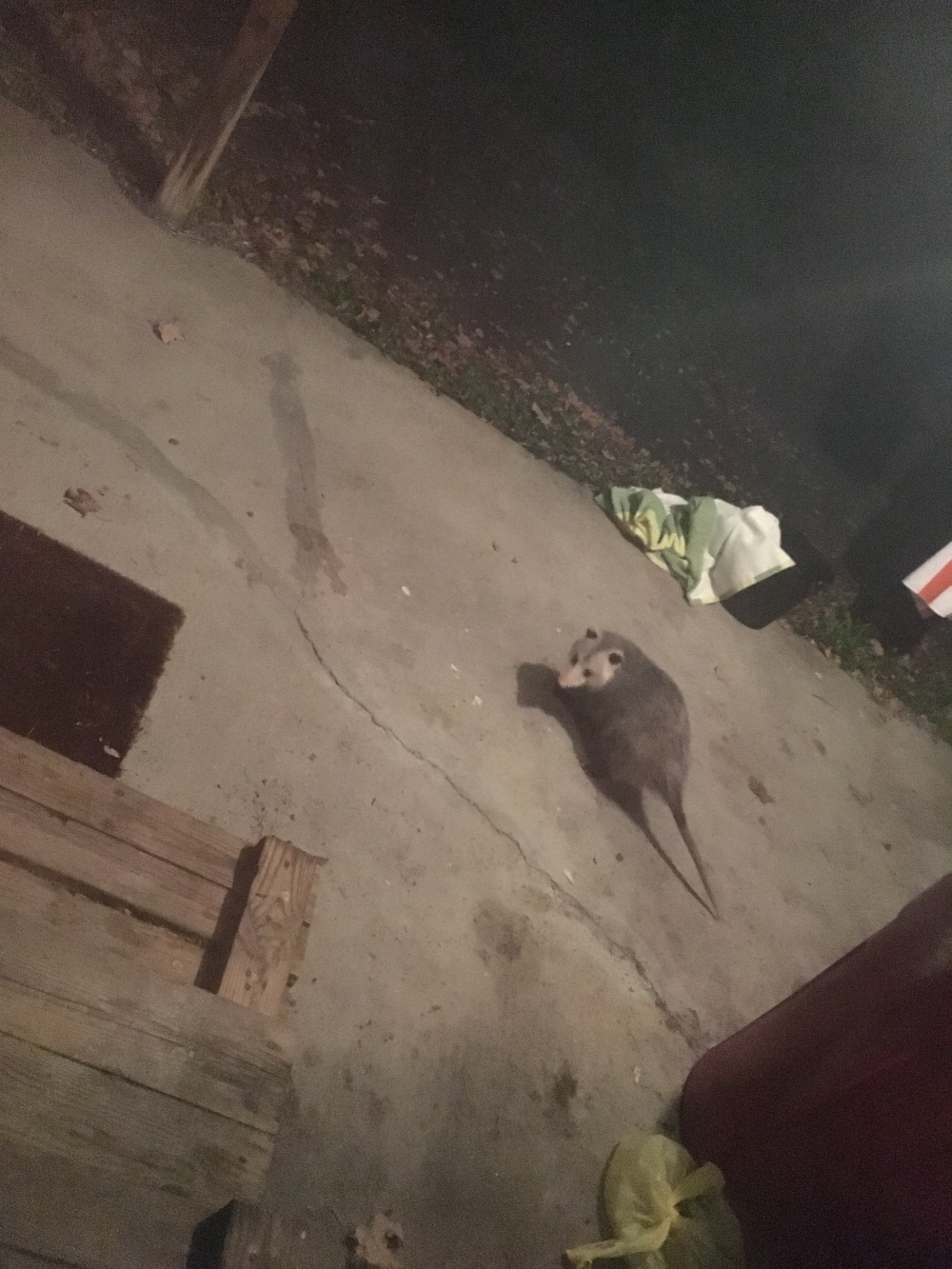 I threw him some chips so he would stop eating my trash! Damn thing will drag my trash all over our yard. I took a video of him eating the chips, ​

I’ll be posting more once Nikki goes to work. Gonna make some lunch and hang out until then:)

Take A Look Back